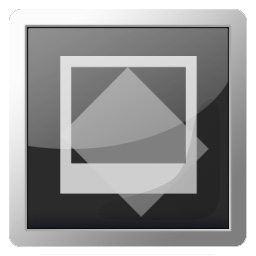 IMatch by default utilizes all available processors and disks when indexing files. It automatically adapts to your system configuration to balance and to overlap file system operations and in-memory computations for optimal performance.

Sometimes, if you plan to add large batches of files from slow media like CD-ROM or DVD, you can achieve a better performance by telling IMatch to use only one processing thread and not several in parallel. What gains a lot of performance for hard disks and fast network storage can actually be much slower for slow media like DVD or CD-ROM.

To change how many parallel processes IMatch uses to index files, go to Edit > Preferences > Application: Process Control. To limit both reading and writing to one parallel process, set both values to 1 (one). 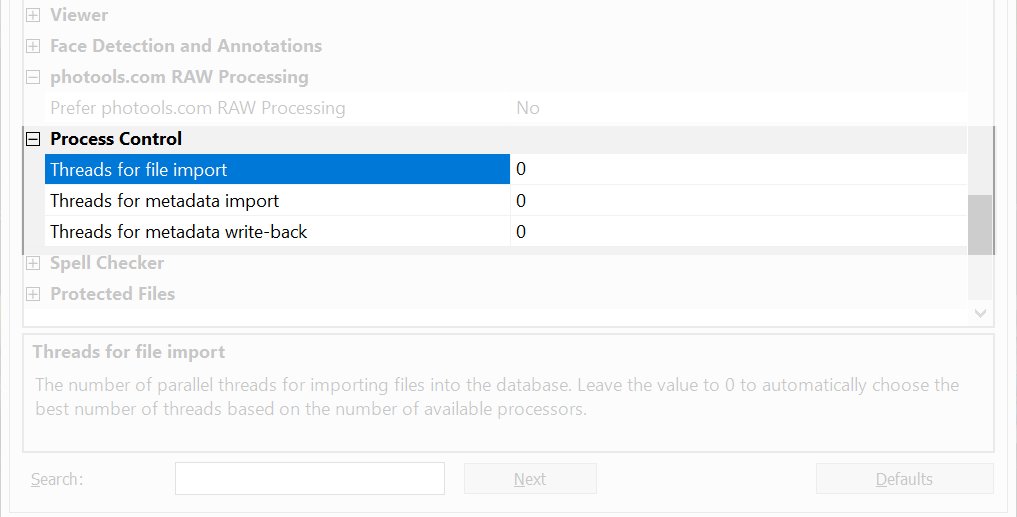 After you have indexed your CD-ROM and DVD collection, revert both values back to the default value of 0 (zero) for optimal performance when indexing files on hard disks and similar storage media. 0 means: Automatically adapt to the available number of processors and overall system performance.

If you manage files on network storage, you can also change these values to try out which values give the fastest throughput. The best value cannot be determined automatically, it all depends on your network connection speed and the server or NAS system you are connecting to.

Adjusting the process control values is not required if you just want to add a few hundred files. But if you plan to index 10,000  or even 100,000 files, you can skim off a few hours by testing which values work best.

On some configurations, the defaults selected by IMatch may not work best. This is sometimes the case for NAS devices in combination with slow networks (Wi-Fi!) or on some notebooks which reduce CPU speed to compensate for additional heat caused by prolonged disk activity (e.g. while writing back hundreds of files). If you experience this, you can limit the number of parallel write-back threads to 2, to see if this improves overall throughput.

The Info & Activity Panel and the Progress Overlay show you how IMatch is performing and you can use these elements to judge which settings work best for your system and environment.

A NAS unit is a computer connected to your network that only provides file-based data storage services to other computers on the network. There are cheap NAS systems and quite expensive ones. They differ in reliability and performance.

Can I keep my IMatch database and image files on the NAS?

Yes. IMatch can work with databases and images stored on NAS systems in your network. No problem with that. The database and images can be shared (if multiple users work with IMatch, every user needs an IMatch license of course).

What you have to keep in mind is that most (cheap) NAS systems are designed for streaming usage. This means they are intended to keep your backups, and to deliver video, image and audio data. And they usually do a great job with this.

Keeping your images on the NAS box is usually no problem and performance will be OK or even excellent.

But the IMatch database file is a different matter. When you work with IMatch, IMatch reads and writes very often from and to the database file. These are usually small changes of a few bytes to a few kilobytes. And, especially for cheaper NAS systems, this creates a worst-case scenario. Many small read/write operations over the network are bad for the performance and thus the overall IMatch performance will suffer. Even a moderately fast built-in hard disk is 10 times faster than NAS storage.

Then its up to you if you want to work with the local database or prefer to NAS-based database with slower performance.

The worst worst-case scenario is keeping the IMatch  database on a NAS which is only connected by wireless (WLAN) to your computer. The latency of such connections may be OK for image storage, but not for your database.

I often get reports from users about sluggish performance in NAS environments. Especially when you don’t want to spend the money to buy a real high-performance NAS system with multiple processors and fast disks and controllers. The price for these high-end systems is often three or more times as high as the price tag for entry-level or ‘Home-use’ NAS systems.

If this is the case, it is usually better to keep the files you manage in IMatch on the NAS but the IMatch database on your local hard disk or, even better, a SSD. If you don’t have a SSD, using an high-speed USB 3.0 stick to store the database stick can be a real speed booster.